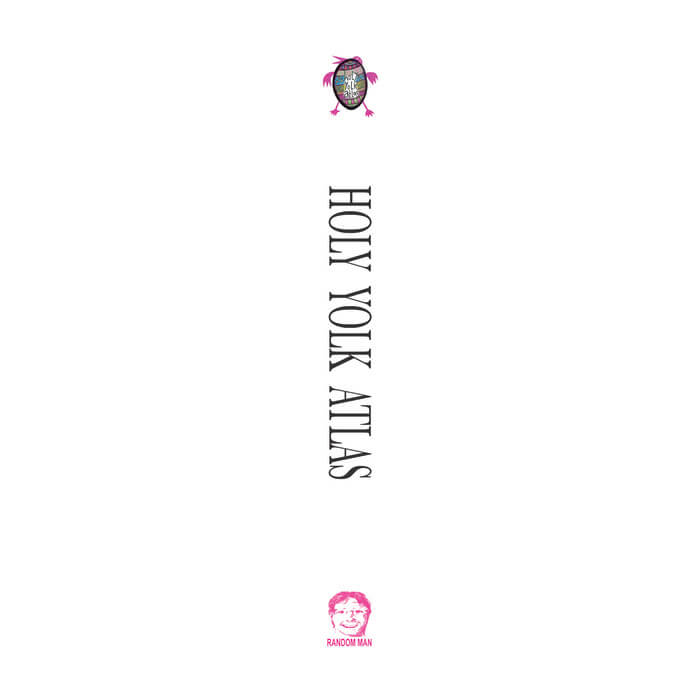 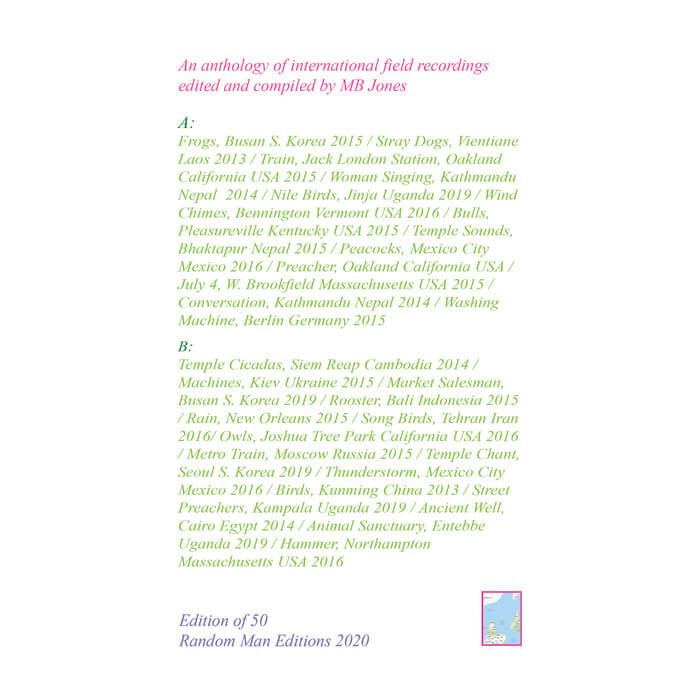 The songs of frogs, trains and people coalesce into a single stream to form an incomplete soundtrack of the planet. Commonplace sounds recorded in regions typically exoticized become familiar through their mundanity and trance-inducing through their magnification. The wheezing of a slowing bus crawls through your ear canal to become a thunderstorm in Mexico City to become a preacher in Kampala and a washing machine in Berlin. A transportative experience gained otherwise only by staring at a hole in the tree bark for five hours. In these 20 minutes, the world shrinks and you are everywhere.