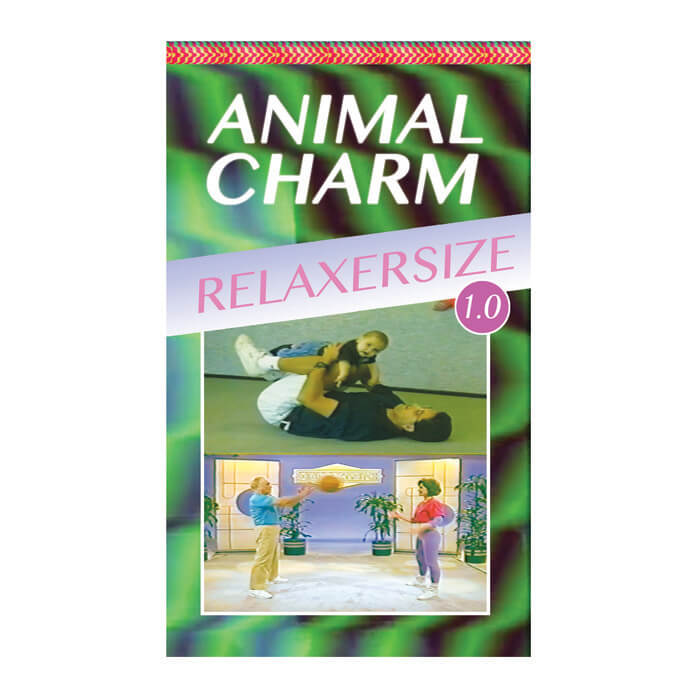 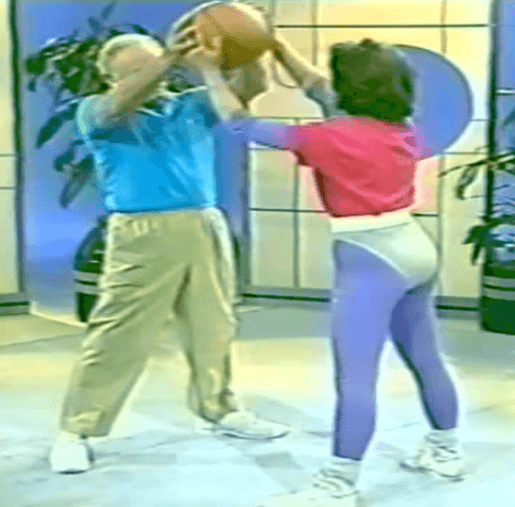 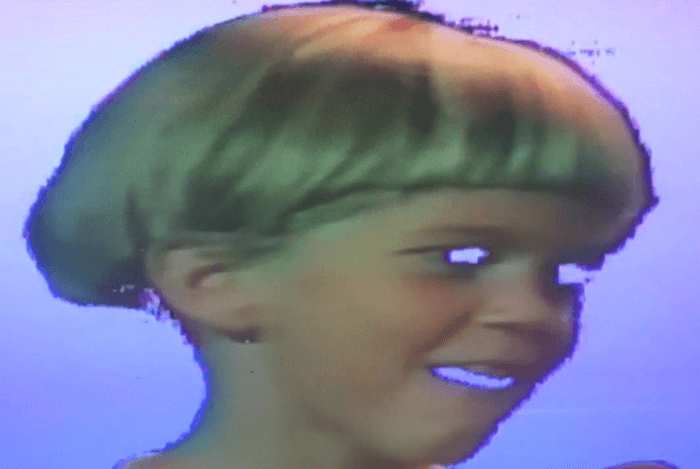 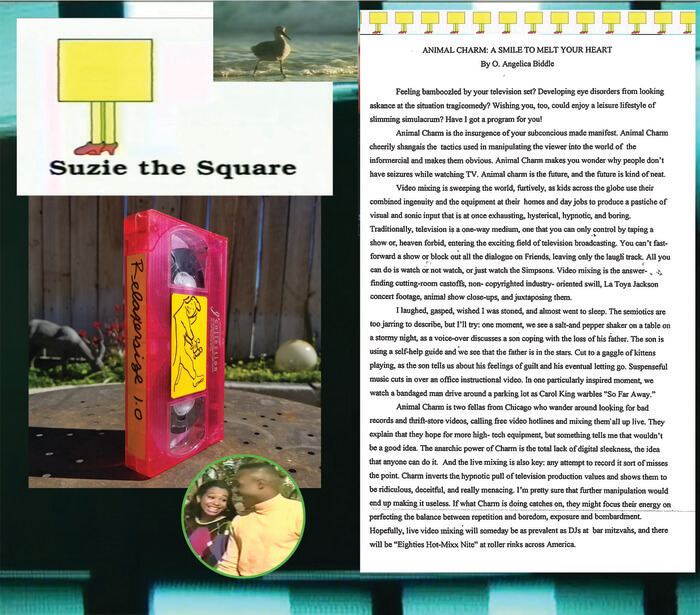 ANIMAL CHARM: A SMILE TO MELT YOUR HEART
By O. Angelica Biddle

Feeling bamboozled by your television set? Developing eye disorders from looking askance at the situation tragicomedy? Wishing you, too, could enjoy a leisure lifestyle of slimming simulacrum? Have I got a program for you!
Animal Charm is the insurgence of your subconscious made manifest. Animal Charm cheerily shanghais the tactics used in manipulating the viewer into the world of the infomercial and makes them obvious. Animal Charm makes you wonder why people don't have seizures while watching TV. Animal Charm is the future, and the future is kind of neat.
Video mixing is sweeping the world, furtively, as kids across the globe use their combined ingenuity and the equipment at their homes and day jobs to produce a pastiche of visual and sonic input that is at once exhausting, hysterical, hypnotic and boring. Traditionally, television is a one-way medium, one that you can only control by taping a show or, heaven forbid, entering the exciting field of television broadcasting. You can't fast-forward a show or block out all the dialogue on Friends, leaving only the laugh track. All you can do is watch or not watch, or just watch the Simpsons. Video mixing is the answer- finding cutting-room castoffs, non-copyrighted industry-oriented swill, La Toya Jackson concert footage, animal show close-ups, and juxtaposing them.
I laughed, gasped, wished I was stoned, and almost went to sleep. The semiotics are too jarring to describe, but I'll try: one moment, we see a salt and pepper shaker on a table on a stormy night, as a voice-over discusses a son coping with the loss of his father. The son is using a self-help guide and we see that the father is in the stars. Cut to a gaggle of kittens playing, as the son tells us about his feelings of guilt and his eventual letting go. Suspenseful music cuts in over an office instructional video. In one particularly inspired moment, we watch a bandaged man drive around a parking lot as Carol King warbles "So Far Away."
Animal Charm is two fellas from Chicago who wander around looking for bad records and thrift-store videos, calling free video hotlines and mixing them all up live. They explain that they hope for more high-tech equipment, but something tells me that wouldn't be a good idea. The anarchic power of Charm is the total lack of digital sleekness, the idea that anyone can do it. And the live mixing is also key: any attempt to record it sort of misses the point. Charm inverts the hypnotic pull of television production values and shows them to be ridiculous, deceitful, and really menacing. I'm pretty sure that further manipulation would end up making it useless. If what Charm is doing catches on, they might focus their energy on perfecting the balance between repetition and boredom, exposure and bombardment. Hopefully, live video mixing will someday be as prevalent as DJs at bar mitzvahs, and there will be "Eighties Hot-Mixx Nite" at roller rinks across America.