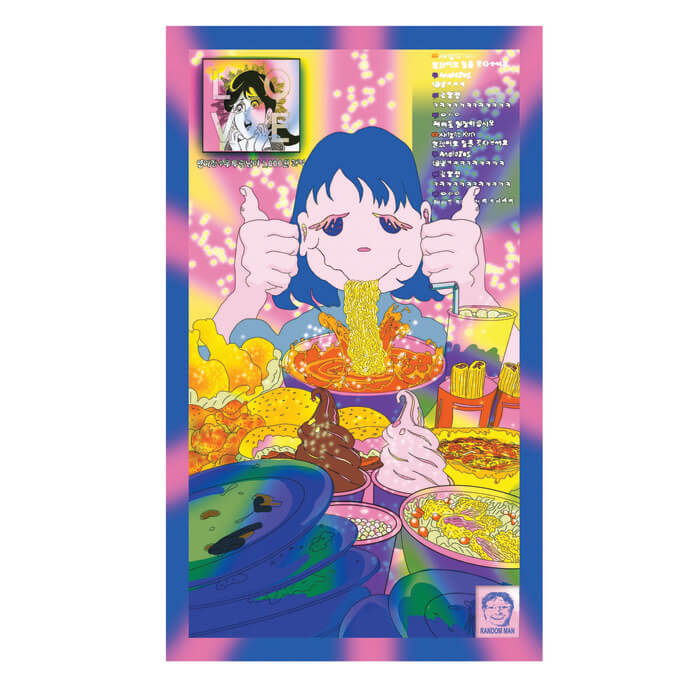 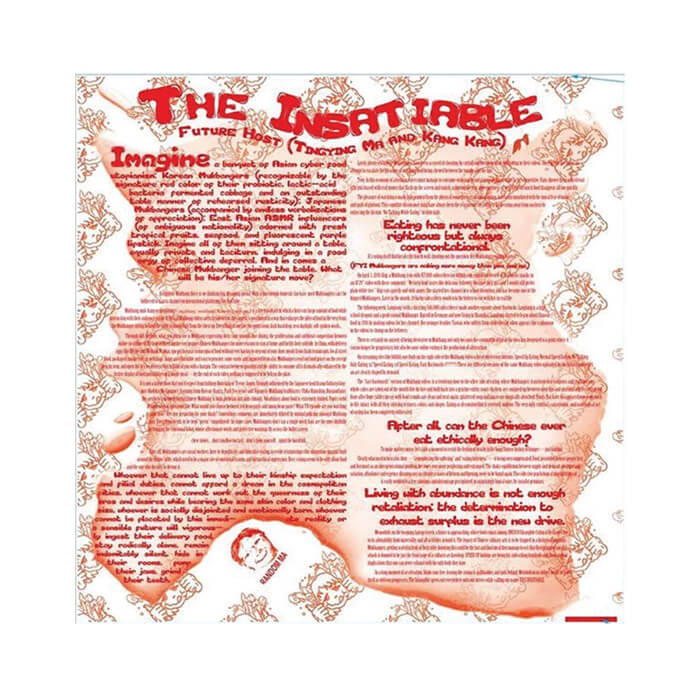 The Insatiable is a collaboration between artist Taehee Whang and writers Future Host (Tingying Ma and Kang Kang). Writing and image-making are part of our ongoing practice to re-learn our history and lived experience as yellow female bodies relocated to New York. The Insatiable considers the phenomenon of Mukbang, a form of live broadcast immensely popular in East Asia, in which a host eats large amounts of food while interacting with their audience online. After being part of the sad world history of famine and deficiency, living with abundance is not enough retaliation. The determined Mukbangers of East Asia are now penetrating the capitalist mirage by exhausting all surpluses. The “book object” includes a silk bib and a printed text wrap in celebration of this virtual culinary culture.